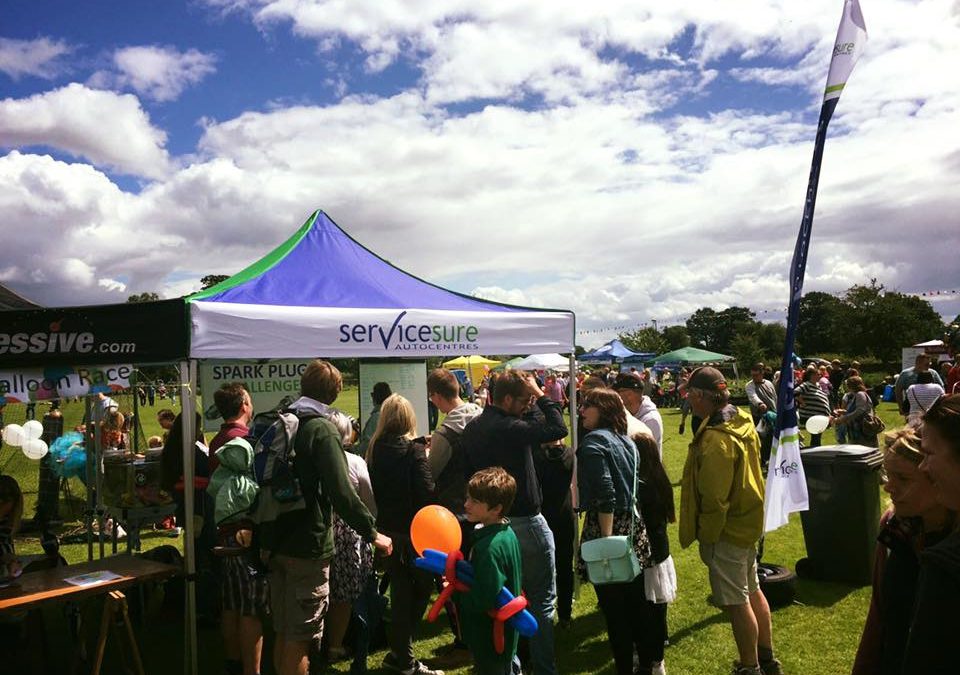 The balloons went up, spark plugs were spinning and everyone was a winner as Derby Servicesure sponsored Little Eaton Playschool at this year’s Carnival.

It was the first time Derby Servicesure, also known as The Kilburn Garage, had taken part in the event and the team plans to do so again, given the fantastic response from crowds on the day.

Children and adults queued to test their skills on a Spark Plug Challenge, attempting to remove a set of four ‘sparkies’ from a cylinder head in the fastest times.

The youngest winner is now the proud owner of a remote control car while the victorious grown-up won a three-stage machine polish for his son’s Vauxhall Corsa.

Little Eaton Playschool was also a winner as Derby Servicesure sponsored its annual balloon race with the total £457 raised enabling the playgroup to add a pagoda to its facilities.

Emma Burdon of Derby Servicesure said the garage, in Derby Road, Lower Kilburn, was keen to support the local community.

“My daughter goes to the playschool, which is a not-for-profit charity, and the staff there go above and beyond so it’s a very worthy cause,” she said. “We were very pleasantly surprised at how popular our stall was with people queuing throughout the day and will definitely be back next year.”

Top prize for the balloon which achieves the biggest distance is £50, donated by Rolls Royce. So far up to 60 balloons have been reported, the furthest found in Lincoln. But in previous years they have gone as far as Belgium and Germany.

Another winner yet to be announced is the best picture of the mascot Servicesure Sam, with children invited to colour in a scene from his holidays with the chance of winning a free service for their parents’ car.

The team was supported at the carnival by Servicesure Autocentres, which provided a gazebo, flag, promotional stickers and a specially produced Derby Servicesure ‘red top’ newspaper.