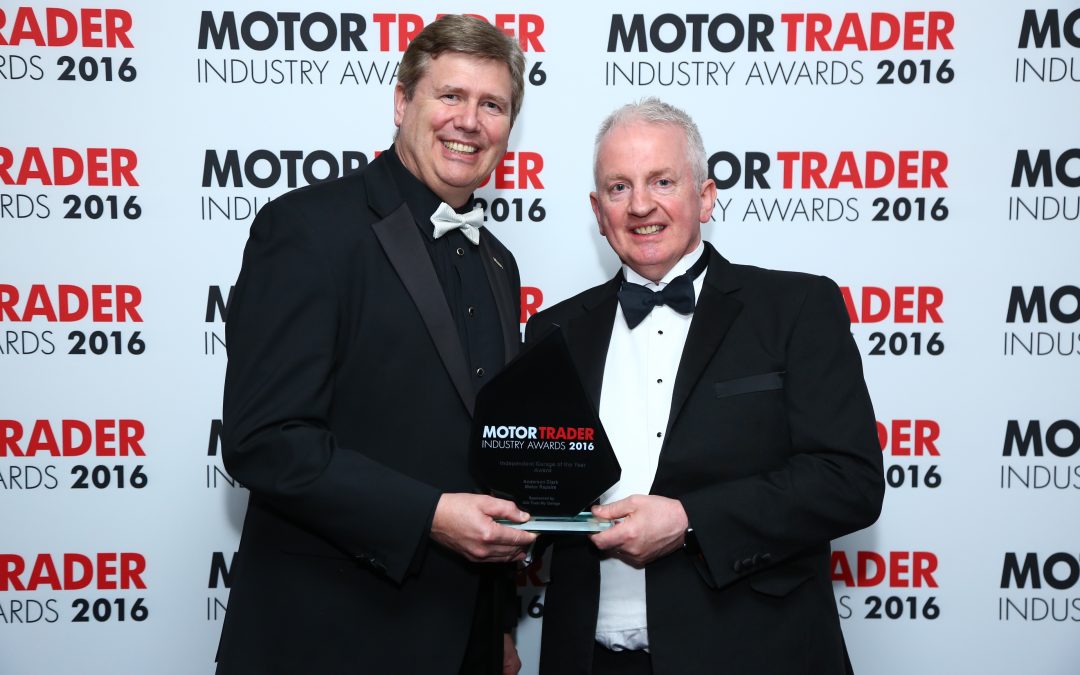 The Inverness servicing and repair centre was judged Best Independent Garage of the Year in the 2016 Motor Trader Industry Awards.

The presentation, by racing driver and television presenter Jodie Kidd, took place at London’s Grosvenor House Hotel in front of more than 1,100 leading figures from the automotive retailing industry.

It comes as Anderson Clark, which has been a Servicesure Autocentre for over three years, is celebrating its 20th year in business.

The Best Independent Garage of the Year Award recognises best practice, innovation and professionalism in the non-franchised repairer sector.

Judges looked for evidence of profitable trading as well as high levels of workshop utilisation and customer retention.

Owner Graham Clark said: “I am absolutely delighted that we have been awarded this industry recognised accolade.

“Winning this award speaks volumes about the professionalism, dedication and customer care philosophy by the whole team.

“We are competing with franchise dealers without the expense associated with them.  Well run independent garages have a real future in the motor industry.”

The award is the latest in a string of impressive accolades for Anderson Clark.

In November the garage was voted Service and Repair Outlet of the Year in the Used Car Awards run by Car Dealer magazine, repeating its success in claiming the title in 2014.

Also in 2015 Anderson Clark was named runner-up in the UK Garage of the Year awards run by Motor Codes and Best Independent in Scotland for the second years running in the regional round.

Duncan Davidson, customer programmes consultant for Dingbro, said: “The Anderson Clark success story goes on and on. They are an outstanding example of how Servicesure Autocentres are committed to the highest of standards, going above and beyond to meet and exceed customer expectations. Once again, well done to Graham and his team.”